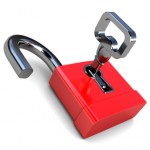 The under hand manner in which the BBC recently made its Panorama programme,  ( “Secrets of Britain’s shariah councils” ), with secret recordings and edited conversations taken totally out of context is a testament to the declining standards among many journalists. Clearly the recommendations of the Leveson report into press standards have not been learned yet. It seems that    Panorama had a pre-determined agenda and stereotype of how shariah councils operate, and they ensured that a round peg was forced to fit the square hole of this agenda. Veracity and justice were the first victims of Panorama’s diatribe against the Islamic Shariah Council. Baroness Cox is upset because her proposed private members Bill against shariah councils has not achieved the support she wants in Parliament, so a programme to discredit the ISC had to be manufactured. Her claim that the shariah councils run a parallel legal system is another fabrication designed to increase the sense of mistrust of Muslims that already exists in wider society.

The ISC takes a harsh stance on domestic violence. Women who cite domestic abuse in their applications for divorce are advised strongly to report it to the police. In January and February of 2013, the ISC decided 33 cases of judicial divorce in which domestic abuse was a factor. In not a single case were the women advised to return to their husbands, or to tolerate the abuse, or to avoid the police. Divorce was granted in all these cases.

The Panorama programme shows an undercover reporter pretending to be a victim of marital abuse, who is then told by Dr Hasan and his wife not to go to the police. Nazir Afzal, Chief Crown Prosecutor for the North-West, is quick to condemn the ISC without hearing what the secret reporter had actually said to the ISC.

We would like to know whether Mr Afzal would force such a woman to then go to the police, given that she did not want to press charges and given that there was no evidence of injury to her whatsoever. Is he aware that the police would consider this a waste of their time? As her concocted story was full of many holes, she was advised to stand up for herself, to be strong, and to involve her family if that would help.

Jane Corbin has the audacity to end the programme with a statement that the ISC actively discourages victims of domestic abuse from going to the police. We consider this a libellous statement for which she has not provided any proof. The only victim of abuse she could find was an undercover reporter telling lies, and the conversations this woman had at the Council have been carefully edited out. So where is the evidence on which the programme is based?

It is alleged that a woman who wanted a divorce was not given one instantaneously as her husband’s version of events had not yet been heard. Listening to both parties in a dispute is a standard procedure in mediation, arbitration and all legal proceedings. We are surprised that the presenters of Panorama are unaware of such a basic principle of justice. If the husband is violent and the wife is too afraid to sit in the same room as him, we arrange for them to sit in separate rooms or for one party to participate in the meeting via a telephone. This is a common occurrence at the ISC. In our experience, a man who wishes to save his marriage will behave decently during a joint meeting.

In this particular case, the woman agreed to attend the meeting of her own accord. She was not put under any form of duress to do so. The aim of these joint meetings is not simply to force the couple to stay together. They are also a way of facilitating a divorce. Once a man has heard how much his wife dislikes him, we encourage him to pronounce divorce himself and thus end the matter quickly. If he still persists in refusing to divorce her, the ISC will pronounce an Islamic divorce. No woman who is adamant in obtaining a divorce is ever forced to stay with her husband.

Panorama has also raised the issue of custody of children. Children have a right to spend time with both their parents, and should not be victimised because their parents are in dispute. Even prisoners have rights to see their children. We always insist that couples refer custody issues to civil courts. The normal outcome of civil court deliberations is that mothers get custody of their children, and some mothers use this to ensure their children do not see their fathers. Were it not so, Fathers 4 Justice would not be a prominent campaign organisation in Britain today. The ISC cannot legally ensure that both parents have access to their children, but we do ask mothers to sign a moral undertaking that they will allow their ex-husbands to see their children. The procedure for doing so is left to the civil courts. ‘Farah’ was simply asked to sign this moral undertaking.  We did not interfere with the civil courts’ procedure of deciding how access was to be granted.

Email
Next Post: A Preliminary report on cases and procedures of the Islamic Sharia Council